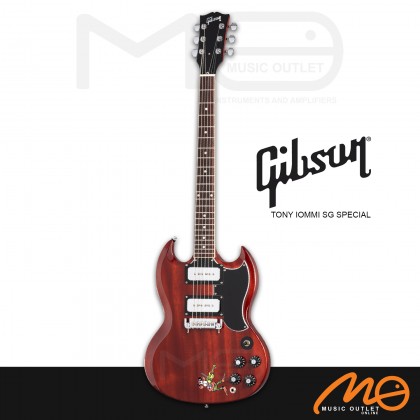 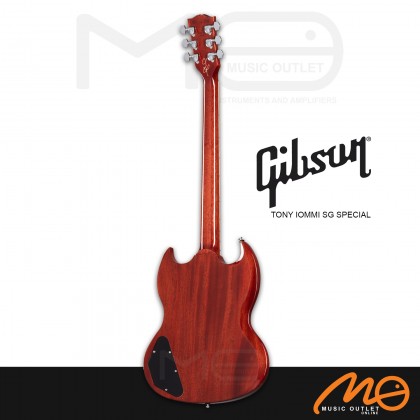 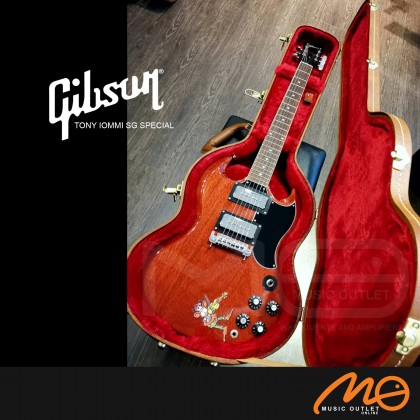 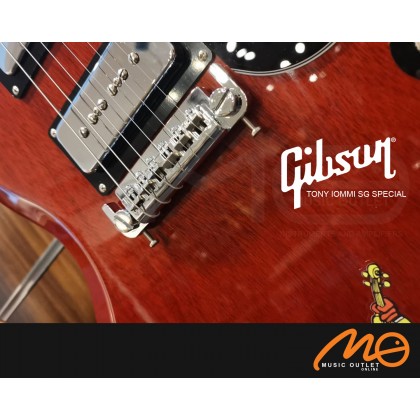 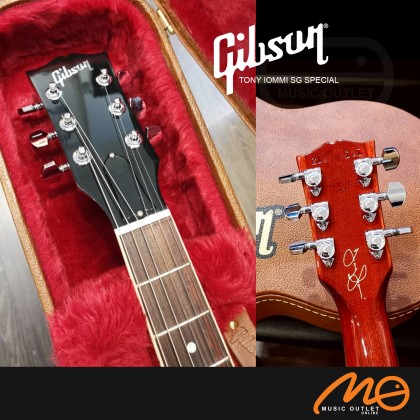 Tony Iommi receives near-universal recognition as the father of heavy metal. The Gibson Tony Iommi SG Special is a true-to-life re-creation of his prized "Monkey" SG Special — the axe that produced the sinister proto-metal riffage on Black Sabbath's early albums. This solidbody electric guitar is built around a resonant mahogany body, with a rosewood-capped mahogany neck that's ultra-easy on your fingertips or lack thereof. Just like the guitar that inspired it, the Iommi SG Special comes loaded with chrome-covered P-90 pickups that deliver enough high-output single-coil bite to drive you insane. The Tony Iommi SG Special boasts an adjustable wraparound bridge, black witch hat knobs, and Grover Rotomatic tuners. It also comes complete with a reproduction of Tony's "Monkey" sticker on the guitar body and a hardshell case.

The Iommi SG Special is a meticulous re-creation of Tony's prized mid-1960s SG Special, a.k.a. "Monkey." This solidbody electric guitar is the axe that started it all — the genesis of the heavy metal riff. This SG Special became Tony's primary instrument during the recording of Black Sabbath's eponymous 1970 debut, after his spray-painted white axe bit the electric funeral pyre, and it was deployed on all of Black Sabbath's classic '70s-era recordings. The Tony Iommi SG Special is a spot-on reproduction of the original "Monkey," sporting chrome-covered P-90 single-coil pickups, an adjustable wraparound tailpiece, and a head-turning vintage cherry finish.

The P-90: dare to sound different 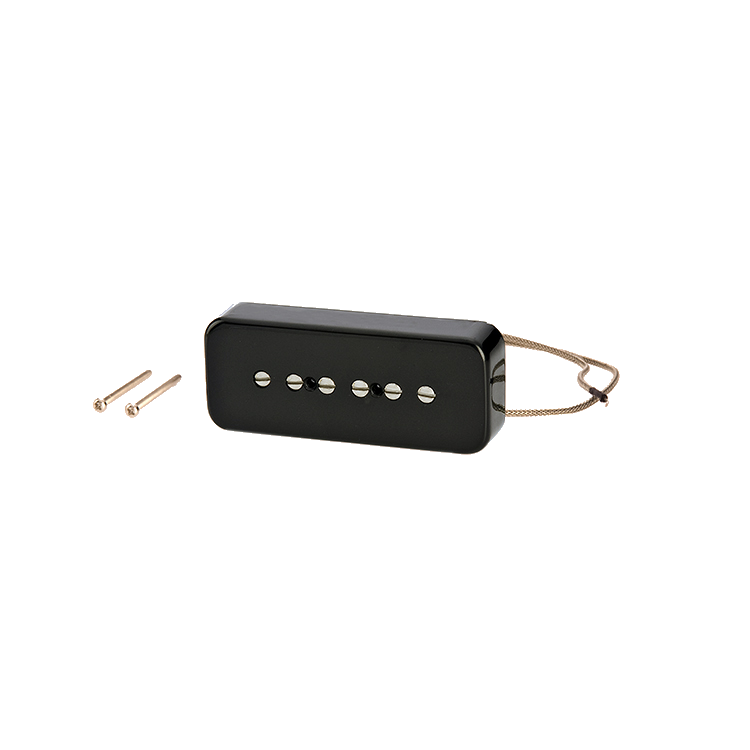 We have many fiercely loyal P-90 fans here at Music Outlet. These guitarists know that the P-90 offers a unique tonal palette that is distinct from — and complements — humbuckers and traditional single-coils. The P-90, Gibson’s first successful single-coil pickup, can be heard on countless classic recordings. With its biting treble and high output, the P-90 cleans up nicely when you roll back your guitar’s volume pot. It’s an amazingly versatile pickup with its own brand of grit — a bit brighter, leaner, and less refined than a humbucker and almost as hot. Hit your amp hard, and the P-90 really wails. Plugged into a proper high-gain tube amp, you can elicit grind, sizzle, and bark that would be impossible with humbuckers — or with other single-coils, for that matter. So, plug the Gibson Tony Iommi SG Special into a treble booster, crank your amp, play a few ominous tritones, and brace yourself: thunderclouds will roll, seas will shiver, and winds will moan. With the Iommi SG Special, you'll finally achieve the classic Sabbath tone you've been aiming for.

Comfort and playability were among Gibson’s primary concerns when they designed the Tony Iommi SG Special. You’ll be delighted by how this guitar’s rounded neck profile comfortably fills your hand in just the right way. For your playing pleasure, the rosewood fingerboard is buffed to a silky smoothness; the frets are dressed to perfection using a Plek Pro machine for optimized playability. Typically reserved for top-dollar custom guitars, this process levels the frets with pinpoint precision, providing you with the most playable fretboard you’re likely to own.